Mendelow’s Matrix is a tool that may be used by an organization to consider the attitude of their stakeholders at the start of a project or when they are setting out strategic objectives.

A stakeholder is anyone, as an individual or a collective such as organization that has an interest or is concerned with the actions of a business to the extent they are affected by or they can influence it.

A business is likely to have numerous stakeholders including directors, shareholders, employees, customers, creditors, regulators, the government and the community in which it sits.

A business will frequently find that different stakeholders have different priorities, which often leads to conflict. For example, an employee would like to be paid more. If this were to happen, this would reduce the company’s profits and would be to the detriment of the shareholder’s requirement of increasing profits and resulting wealth.

A business will therefore need to find a way to balance the conflicting priorities of its stakeholders. Mendelow’s Matrix is a tool that is used to analyse stakeholders and their attitudes. This will consider factors such as the level of interest a stakeholder has in a project or organization’s chosen strategies and whether are they likely to use their power to influence this.

What factors may dictate whether a stakeholder may exercise power?

If a stakeholder has a financial interest this will increase their level of interest in the company’s operations and future strategy.

An investor is a stakeholder who may consider their investment to be at risk, or not performing as expected, unless the company produces good annual returns in line with the investor’s initial expectations. Investors with controlling interest in the organization are often in the top right quadrant of Mendelow’s Matrix because they usually have a high interest and high power.

An employee is also a stakeholder that could be considered to have a financial interest even if they have not personally invested capital. This is because their employment is their livelihood and they would not want to risk that. As an example, an employee may be averse to an organization investing in new technology to increase automation thus placing jobs at risk.

Likewise, an organization may supply a product that cannot be obtained elsewhere. Instances like this would increase customer interest.

If an employee lost their job, they may not immediately find another so employee interest would increase if their employment was considered at risk.

Does the stakeholder have the power?

Employees can strike, and withhold their labour, which can be incredibly disruptive to an organization and its business, potentially damaging relationships with customers.

Customers can cancel orders if they no longer like, agree with, or support a supplier’s strategies.

Banks and other finance providers can call for repayment of overdrafts or loans.

Investors can withdraw their investments, especially if the organization’s approach to risk is no longer aligned with their own. 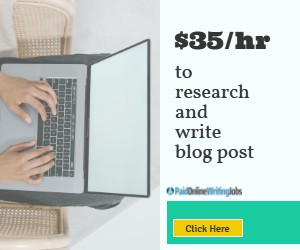 The content of this website is for information purposes only and is not intended for commercial use. You must always seek appropriate advice from a qualified and indemnified professional (or other suitable expert) before taking any action or making any decision in relation to any of the content displayed on this website.

Thank you for visiting BizzleDizzle.com.

Bizzle Dizzle (bizzledizzle.com) uses cookies to improve your experience and make this website function. We will assume you are happy to accept this, but you can opt out if you wish at any time.Accept Reject Read More
Cookies on This Site

This website uses cookies to improve your experience while you navigate through the website. Out of these, the cookies that are categorized as necessary are stored on your browser as they are essential for the working of basic functionalities of the website. We also use third-party cookies that help us analyze and understand how you use this website. These cookies will be stored in your browser only with your consent. You also have the option to opt-out of these cookies. But opting out of some of these cookies may affect your browsing experience.
Necessary Always Enabled
Necessary cookies are absolutely essential for the website to function properly. This category only includes cookies that ensures basic functionalities and security features of the website. These cookies do not store any personal information.
Non-necessary
Any cookies that may not be particularly necessary for the website to function and is used specifically to collect user personal data via analytics, ads, other embedded contents are termed as non-necessary cookies. It is mandatory to procure user consent prior to running these cookies on your website.
SAVE & ACCEPT